Something fishy in the way we talk

We know that gestures are a form of nonverbal communication in which visible bodily actions are used to communicate important messages, either in place of speech or together and in parallel with spoken words. Some of us use gestures more than others and some hand gestures are typically culturally sensitive. The thumbs up gesture in the USA is usually accepted to mean “well done” whilst in countries such as Russia and western Africa it’s an insult. 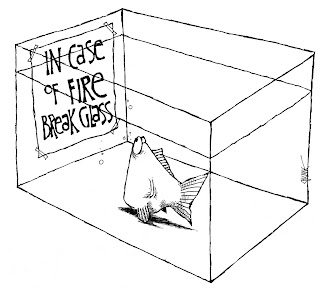 Gestures are, however, much much more interesting when we consider their origin. It seems fish have a role to play. Apparently, according to Andrew Bass from Cornell University, the evolutionary origins of the behavioral coupling between speech and hand movement is traced back to a developmental compartment in the brain of fishes.

Pectoral appendages (fins and forelimbs) are mainly used for locomotion. However, pectoral appendages also function in social communication for the purposes of making sounds that we simply refer to as non-vocal sonic signals, and for gestural signalling.

Studies of early development in fishes show that neural networks in the brain controlling the more complex vocal and pectoral mechanisms of social signalling among birds and mammals have their ancestral origins in a single compartment of the hindbrain in fishes. This begins to explain the ancestral origins of the neural basis for the close coupling between vocal and pectoral/gestural signalling that is observed among many vertebrate groups, including humans.
Posted by Jack Dikian online at 12:49 AM