I attended the Research-to-Practice Seminar on the topic on Foetal Alcohol Spectrum Disorder a few days ago. Professor Elizabeth Elliott AM, Professor Paediatrics & Child Health, Children’s Hospital Westmead gave a wonderful overview of the research on this disorder. 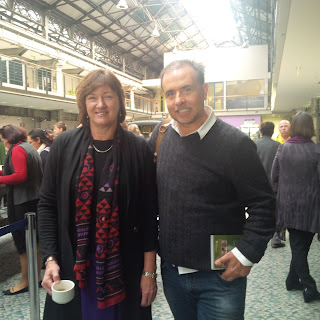 
Given the level of alcohol related problems reported in the media in recent years Prof Elliott fittingly discussed aspects of FASD framed against a broader societal issues involving alcohol consumption.

Concerns have surrounded the consumption of alcohol during pregnancy since biblical times. However research and academic interest in the teratogenic effects of alcohol on the developing embryo is relatively recent. Since Jones first described Fetal Alcohol Syndrome (FAS) in the 1970s considerable interest and conflicting evidence have emerged in the areas of FAS and its less severe form, Fetal Alcohol Effects (FAE) or Alcohol Related Neurodevelopmental Disorder (ARND).


The diagnosis of Fetal Alcohol Syndrome is based on a set of criteria comprised of abnormalities in three main categories: growth retardation, characteristic facial features, and central nervous system anomalies (including intellectual impairment). The intellectual impairment associated with FAS is permanent and FAS is now regarded as the leading, preventable cause of non- genetic intellectual handicap.


Fetal Alcohol Syndrome A Literature Review - Prepared for the National Expert Advisory Committee on Alcohol By Colleen O’Leary can be found below:
http://www.health.gov.au/internet/alcohol/publishing.nsf/Content/746BAD892492B586CA2572610010C29A/$File/fetalcsyn.pdf

Insult to the brain caused by alcohol

I attended the Research-to-Practice Seminar on the topic on Foetal Alcohol Spectrum Disorder (FASD) a few days ago. Professor Elizabeth Elliott AM, Professor Paediatrics & Child Health, Children’s Hospital Westmead gave a great overview of the topic and research on this disorder.

We know risks associated with the consumption of alcohol during pregnancy are not insignificant. Kenneth Lyon Jones and David W. Smith in 1973 first described facies and facial features (including microcephaly small palpebral fissures, a flat nasal bridge, a smooth or indistinct philtrum, a thinned upper lip, and flattening of the midface).

Insult to the brain caused by alcohol can also include epi-canthal folds, as well as low-set or mildly malformed ears. Fetal alcohol syndrome more generally reflects the way in which alcohol affects central nervous system development, as well as the growth of the heart, eyes, legs, arms, teeth, ears, palate, and external genitalia.

At the same time I've been pondering over whether we as a society consume more alcohol now than say 10 years ago? And does this corelate with harm?

And a similar pattern is emerging in Australia. Over the last decade or so, data from the Australian Bureau of Statistics have shown almost no change in the amount of alcohol consumed per person in Australia. In 2000/01, it was 10.15 litres of pure alcohol, while in 2010/11 it was 9.99 litres. In contrast, rates of alcohol-related harm are increasing.

Recent studies in Victoria of both adults and young people have found sharp increases in a range of problems from alcohol. This includes rates of alcohol-related hospitalisations, presentations at emergency departments due to intoxication, late-night assaults, domestic violence involving alcohol and alcohol treatment.

So it may be that population-level policy solutions still make the most sense, even as population-level consumption and harm rates drift apart. There are still a lot of questions we need research to address: whose drinking is shifting and why? Are particular policy changes likely to improve or exacerbate the recent harm increases? Are there particular demographic or sub-cultural groups of the population that research and policy should be targeting?

Posted by Jack Dikian online at 12:52 AM No comments: