So now we have it - Sigmund Freud, the father of psychoanalysis, inventor of free association, transference and the Oedipus complex has quite a bit to say about that great evil. I’m taking about Cocaine. The Cocaine Papers is a collection of papers featuring Freud’s writing and thoughts on the subject, personal and professional. His conclusions; 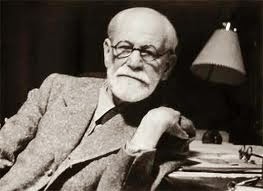 Cocaine can increase alertness and libido, improve reaction time, depress hunger and serve as an anesthetic, but it is also, for some people at least, habit-forming, and that’s of course not all. We understand these days the impact of illicit drug use in the community including premature death, crime, mental health disorders, and other blood borne viruses, etc.

The publication of 'Cocaine Papers' presents the complete and authoritative versions of Freud's important texts, widely referred to as 'the cocaine papers.' Written between 1884 & 1887, they are a significant contribution to the fields of psychology, pharmacology, and social history.

The stories and accounts are often repeated, albeit sometimes, not always, from different perspectives. Freud was looking to make a name for himself and achieve fame and fortune so as to be able to marry his “beloved treasure,” Martha Bernays, and thought he had come upon the means for that with the then legal drug cocaine.

On April 21, 1884, a 28-year-old researcher in the field now called neuroscience sat down at the cluttered desk of his cramped room in Vienna General Hospital and composed a letter to his fiancée, Martha Bernays, telling her of his recent studies: “I have been reading about cocaine, the effective ingredient of coca leaves,” Sigmund Freud wrote, “which some Indian tribes chew in order to make themselves resistant to privation and fatigue.” And not too much later, less than a month later, Freud was writing to Bernays about the many self-experiments in which he had swallowed various quantities of the drug, finding it useful in relieving brief episodes of depression and anxiety. Later, he described how “a small dose lifted me to the heights in a wonderful fashion. I am just now busy collecting the literature” — in German, French and English — “for a song of praise to this magical substance.”

Included in this work are Freud’s ‘Cocaine Dreams,’ which show just how brilliant was his analytical mind. As with his early position on the causes of “Hysteria” (sexual abuse as cause) and was mostly right with regards to cocaine, but abandoned his position because of peer pressure.

Posted by Jack Dikian online at 12:26 AM No comments: