A new picture has been doing the rounds.

You might recall how back in February this year a debate over one particular dress and its color went viral (I mean global). Was it gold and white or was it really blue? Ok, it wasn’t the debate of the Century; it wasn’t as if the World held its breath while JFK debated the Soviet missile crises; or in more recent time; whether global warming is a fad. But not to take too much away from the dress Kerfuffle, celebrities like Taylor Swift, Ellen DeGeneres, Will Smith's son Jaden and the Kardashians joined in the skirmish. 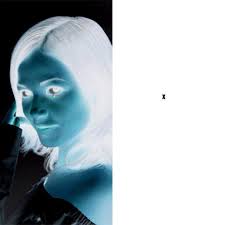 More recently, a new picture has been doing the rounds. If you look at the picture above and focus on the girl’s eyes for a say 5 or 6 seconds; then look at the empty area to her right; what do you see?

The optical illusion works by using a technique called ‘negative afterimage’. The eye’s photoreceptors identify colors and code them.

We have three color channels, gray-scale, red and green and blue and yellow, which allow us to code color in any environment. When looking at a specific color, the cells in the relating color channel increase in activity. However, after a short while, the activity of these cells decline.

When we direct our gaze at a uniform background; the white box these cells do not return to their resting activity state, instead they go to a much lower state.

It's that decline; the weakening of the yellow code - that codes for the opposite color to become stronger, so you'll see blue. Therefore, in the illusion above, our blue receptor cells decline, which stimulates the opposite hue, yellow. This in turn allows us to see a more natural skin tone and balances out the negative image to reveal the opposite.
Posted by Jack Dikian online at 3:44 AM 2 comments:

The Road To Reality - an absolute joy, a masterpiece

An absolute joy – a masterpiece

THE ROAD TO REALITY A Complete Guide to the Laws of the Universe. By Roger Penrose. Illustrated. 1,099 pp. Alfred A. Knopf. $40.

From the man who gave us the 1990 best seller "The Emperor's New Mind," putting forward the notion that consciousness arises from the intersection of the two grand theories of the physical world; quantum mechanics and general relativity. The icing on the cake was the promise to prove (with Gödel's incompleteness theorem) that computers would never be able to think. He apologized for all the hard math then. It seems the math didn’t deter readers then, and it didn’t deter Penrose from giving us even more this time round.

Penrose's latest effort, "The Road to Reality: A Complete Guide to the Laws of the Universe," is his most ambitious yet, more than twice as long as "The Emperor's New Mind" and arithmetically more demanding. Penrose starts from the very first attempts by the Greeks to grapple with the complexities of the known world to the latest application of infinity in physics;

The Road to Reality carefully explores the movement of the smallest atomic particles and reaches into the vastness of intergalactic space. Penrose examines the mathematical foundations of the physical universe, exposing the underlying beauty of physics and giving us one the most important works in modern science writing.

It provides nothing less than a comprehensive account of the physical universe and the essentials of its underlying mathematical theory. Whilst it assumes no particular specialist knowledge on the part of the reader, so that, for example, the early chapters give us the mathematical background to the physical theories explored later in the book - this is no book for those struggling with Dyscalculia.

A case example; "For each pair of natural numbers p and q such that p + q = n, we can define a corresponding 'real form' of the complex group (Sp(*n, C) by taking only those elements which are also pseudo-unitary for signature (p, q) - ie which belong to U(p, q). This gives us the (pseudo-) symplectic group Sp(p, q)." To be fair, Penrose goes to great lengths to involve us in this work. Penrose believes in our ability to understand the maths only if we try. No question, this is tough going, yet there is just enough of a tease to indicate the book isn’t intended solely for the author’s fellow physicists.

THE ROAD TO REALITY is rarely less than challenging, but the book is leavened by vivid descriptive passages, as well as hundreds of hand-drawn diagrams. This is a wonderful book. If it is a quality of a great writer not to treat the audience like idiots, then Penrose is indeed great, and the position of this book on the bestseller lists is understandable.

Posted by Jack Dikian online at 12:01 AM No comments: