Incidence of psychiatric diagnoses in offspring prenatally exposed to SSRIs

A recent article in the Journal of the American Academy of Child and Adolescent Psychiatry presents a study looking at prenatal exposure to selective serotonin reuptake inhibitors (SSRIs) and associated increased rates of depression diagnoses in early adolescence. The report stresses that these findings are preliminary and should not be construed to change clinical practice. 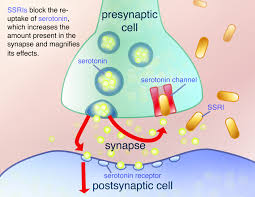 The study is the first to investigate the incidence of psychiatric diagnoses in offspring prenatally exposed to SSRIs as far out as adolescence, noting however the vital importance of treating maternal depression, which can have significant adverse effects on offspring. Untreated maternal depression has been shown to increase risks of several perinatal outcomes including preterm birth, delivery by C-section, and bleeding during delivery.

Researchers used Finnish national birth registry data to determine the cumulative incidence of depression, anxiety disorders, autism spectrum disorder, and attention-deficit/hyperactivity disorder in the offspring of four groups of mother-offspring dyads: mothers exposed to SSRIs during pregnancy, mothers exposed to psychiatric disorder but not to antidepressants, mothers who used SSRIs only before pregnancy), and children of mothers unexposed to either antidepressants or psychiatric disorders.

They found the cumulative incidence of depression among offspring exposed prenatally to SSRIs was 8.2% by age 14.9 years, compared with 1.9% in the psychiatric disorder/no medication group and 2.8% in the SSRI-discontinued group. In contrast, SSRI prenatal exposure was not associated with an increased risk of autism spectrum disorder, ADHD, or anxiety.

Posted by Jack Dikian online at 7:46 PM No comments:

Forgiveness is a conscious and deliberate decision

We all have had the need to forgive, be forgiven, and more so have an idea of what is and isn’t forgiveness. The basic definition of forgiveness is the action or process of forgiving or being forgiven.

Forgiveness is a conscious, deliberate decision to release feelings of resentment or vengeance toward a person or group who has harmed you, regardless of whether they actually deserve your forgiveness. Experts who study or teach forgiveness make clear that when you forgive; you do not gloss over or deny the seriousness of an offense against you.

Forgiveness does not mean forgetting, nor does it mean condoning or excusing offenses.
Understanding forgiveness is important because when we holding resentment and anger, guilt and shame, impacts our general well being, happiness and our relationships.

And forgiveness is not for the other person – it’s not just about being altruistic. Those who hold anger and resentment are more likely to present psychological and organic illness. Forgiveness doesn’t have to follow the other person’s apology. Forgiveness is an internal event where you give up the need for an apology, a need to maintain anger, and perhaps disappointment. But also, you can’t affect the past. Forgiveness is an acceptance of what happened and asking yourself; "What can I do now?"

Think about the person you would like to rekindle a relationship with: What do you miss about them? Maybe laughing with them or sharing family traditions. You don’t have to wait for the other person to act. Why not you take the first step? Even if you were not the person who initially did the wrongdoing, you probably had some role in this. Could you be the first to apologize? Can you do it sincerely?
Posted by Jack Dikian online at 5:35 PM No comments: