There has been a significant amount of research done on the effect that advertising in the fashion and beauty industry has on women. By creating advertisements with unrealistic images of beauty, it has resulted in anxiety, low self-esteem, and low self-confidence in many women.  Most of these negative emotions stems from unhappiness among body and appearance. Less research, however, has been performed relating to cosmetics and how this can have an influence on women, and how women can use cosmetics to manipulate their appearance. 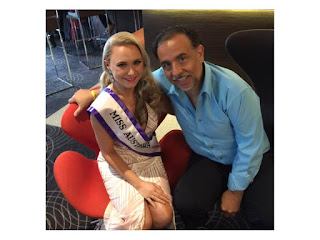 The Miss Universe website says delegates who become a part of the organisation, started in the US, compete with the hope of advancing their careers, personal and humanitarian goals, and of improving the lives of others. There may be some truth in this. According to Daniel Hamermesh author of Beauty Pays, an economist has found that beauty is absolutely connected with success, at least financial success.

Miss Universe Australia 2011 winner Sherri-Lee Biggs says for her the pageant is a stepping stone into a career in modelling and television. "You meet all the right people; you're out there and you kind of become a personality…”

But, low self esteem is more common amongst the beautiful people than you would expect. Some just don’t believe they are attractive. Others have a distorted self image and don’t believe others who tell them how stunning they are. Thus, generally speaking, in their mind everyone is a “liar” and not to be trusted. What’s worse, some are dependent on the first impression reaction of others to define who they are, ie someone who has it all because their beautiful.