The latest health 'snapshot' of the 33 OECD (Organisation for Economic Co-operation and Development) nations has revealed that Australia is now the second-highest prescriber of anti-depressant medications. However, not all antidepressant scripts are filled, and when they are, some patients choose not to use them for a number of reasons. 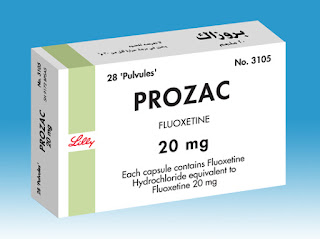 A new tool, the Depression Medication Choice decision aid, helped adults with moderate to severe depression and their primary care physicians choose appropriate medications together, according to a report published online Sept. 28 in JAMA Internal Medicine. Researchers developed the Depression Medication Choice (DMC) tool to enhance patient involvement in the decision-making process, in the hope that taking their preferences and circumstances into account would improve adherence and stave off premature discontinuation of antidepressants. The investigators then performed a cluster-randomized trial to assess the usefulness of the decision aid in real-world practice.

The DMC tool comprised several laminated 10-by-25-cm cards that presented general information about antidepressant efficacy and adverse effects “in terms that matter to patients: weight change, sleep, libido, discontinuation, and cost,” as well as a leaflet for patients to take home.

Participating clinicians received training in using these cards to prompt discussion during a regular office consultation. Use of the decision aid did not add to the duration of office visits, which is key to routine implementation, the investigators said.

However, there were no significant differences between patients in the two groups regarding control of depression symptoms, remission rate, or rate of response to treatment, as measured by mean PHQ-9 scores. There also was no significant difference in medication adherence. Since most of the clinicians in this study used the DMC tool with very few patients, “it is possible that our trial underestimates the efficacy of the decision aid when used repeatedly and expertly.
Posted by Jack Dikian online at 12:01 AM No comments:

Mental health is an increasingly important topic in the workplace

Mental health is an increasingly important topic in the workplace. According to a report by the National Mental Health Commission and the Mentally Healthy Workplace Alliance It is estimated that, at any point in time, one in six working age people will be suffering from mental illness, which is associated with very high personal and economic costs.

Mental illness is one of the leading causes of sickness absence and long-term work incapacity in Australia and is one of the main health related reasons for reduced work performance. Individuals with mental health problems, and their caregivers, are some of the most stigmatised and marginalised groups in the workplace and often miss out on the many benefits good work can offer.  There is increasing evidence that workplaces can play an important and active role in maintaining the mental health and well-being of their workers.

Now, The Workplace Bipolar Inventory, a 39-item questionnaire used to screen for bipolar disorder in the workplace, has showed promise in a small study at the department of mental health at the University of Tokyo.

The investigator asked workers who were on sick leave because of mental health problems to complete the Workplace Bipolar Inventory (WBI), the Mood Disorder Questionnaire, and the Bipolar Spectrum Diagnostic Scale. A subscale of the WBI called the WBI-AB4 proved to have the screening performance that was most informative.

According to the optimal cut-off point, WBI-AB4 would be useful for occupational mental health staffs to screen out bipolarity among workers who have depressive symptoms at the workplace; however, more information of the suspected subjects about the manic/hypomanic episode from their supervisor, colleagues, or family was needed.

This study aimed to develop a new instrument for bipolar disorder screening, the Workplace Bipolar Inventory (WBI), and examine its efficiency as compared with Mood Disorder Questionnaire (MDQ) and Bipolar Spectrum Diagnostic Scale (BSDS) among workers on leave of the absence due to their mental health problems.

Participants were recruited at a psychiatric outpatient clinic for return-to-work in Tokyo, Japan, during September to November 2009. 81 outpatients were recruited, 55 of whom (68%) agreed to participate in this study. Participants answered questionnaires including WBI, MDQ, BSDS, and demographic factors. Their diagnostic information according to the international statistical classification of diseases and related health problems 10th revision (ICD-10) was obtained from their attending psychiatrists. The WBI is a new self-rating 39-item questionnaire which developed with input from occupational mental health specialists and an analysis of WHO Composite International Diagnostic Interview (CIDI) items.
Posted by Jack Dikian online at 5:06 PM No comments:

Recently the American Psychiatric association reported the results of a study indicating that nearly 1 in 10 full-time employees in the United States has a substance use disorder. Further, these pointed to challenges of heavy alcohol and illicit drug use facing the accommodation and food services sector. The construction industry is a close second.
The prevalence and patterns of substance use are strongly related to a range of factors – including age, sex, cultural background, and social-environmental context – and these patterns vary for different types of drugs. Population trends in substance use are monitored by the Australian Institute of Health and Welfare.
According to The Australian Psychological Society the use of licit substances is the most prevalent type of substance use, and an accepted part of Australian and most other western societies. The vast majority of Australians use caffeine, through the consumption of tea, coffee, cola drinks and chocolate. The regular use of alcohol and tobacco by adults is acceptable to three out of four and two out of five Australians, respectively. Alcohol is consumed on a weekly basis by 41% of people aged 14 years and over and daily by 9%, and 17% use tobacco on a daily basis.
Some types of illicit substance use are also quite common. More than a third (38%) of the population has at some stage in their lifetime used a substance currently listed as illicit. Cannabis is the most commonly used illicit drug, having been ‘ever used’ by more than 34% of the Australian population over their lifetime, and used within the last 12 months by almost 11%. The use of pain-killers/analgesics for non-medical purposes is reported by 6% of Australians. Almost 10% of people have ‘ever used’ amphetamines, and 8% have ‘ever used’ ecstasy. Each of these groups of substances has been used in the past 12 months by 3% of Australians.
And, again in the United States, some 9.5 percent of full-time workers were dependent on or abused alcohol or illicit drugs in the past year. A total of 8.7 percent of full-time workers reported heavy drinking (defined as consuming five or more drinks on the same occasion on five or more days over a 30-day period), and 8.6 percent reported illicit drug use in the past month.
The highest rates of past-month heavy alcohol use were found in employees of the mining (17.5 percent) and construction (16.5 percent) industries; the lowest rates were found in health care and social assistant workers (4.4 percent). The highest rates of past-month illicit drug use were found in accommodations and food service industry workers (19.1 percent); the lowest rates were found in public administration employees (4.3 percent). Accommodations and food service industry employees also had the highest rates of past-year abuse of any substance (16.9 percent); those in the educational services sector had the lowest (5.5 percent).
The use of illicit drugs increased from 16.9 percent in 2003-2007 to 19.1 percent in 2008-2012 among accommodations and food service industry workers. Construction workers, in contrast, experienced dips in workers’ past-month use of illicit drugs from 13.9 percent in 2003-2007 to 11.6 percent in 2008-2012.Andrew Saxon, M.D., a professor of psychiatry at the University of Washington suggests this reflects a public health problem that is beyond the scope of anything psychiatrists can directly address in their day-to-day practices, however, psychiatrists can be (continue to be) alert for and comfortable with diagnosing and treating substance use problems in the patients that they do see since a large number of people with psychiatric disorders also have co-occurring substance use disorders.
Posted by Jack Dikian online at 6:48 PM No comments:

For those working and studying modern science (especially in modern physics) will know just how very weird its implications have become. For instance, good old objects, things we can touch, smell and feel exist as a state of energy, while waves of probability spread throughout the universe. Existence itself may only be the vibrations on microscopic, trans-dimensional strings.
Attempts to solve problems in quantum physics often run into the problem of consciousness. Though most physicists try to sidestep the issue, it seems that there is a link between the conscious choice of experiment and the outcome of the experiment. In fact, reality itself may just be an illusion.
Schrödinger's cat is a thought experiment, sometimes described as a paradox, devised by Austrian physicist Erwin Schrödinger in 1935 to illustrate the weird implications of some interpretations (Copenhagen) of quantum mechanics when applied to everyday objects. The scenario presents a cat that may be simultaneously both alive and dead, a state known as a quantum superposition, as a result of being linked to a random subatomic event that may or may not occur. In this scenario a cat in a sealed box, wherein the cat's life or death becomes depended on the state of a radioactive atom, whether it had decayed and emitted radiation or not. Accordingly, the cat remains both alive and dead until the box is opened and observed by a conscious being.
In my book, The Illusion of Reality: A Public Servant’s Secret Essays, I discuss the interplay of light with elementary particles; the idea of emergence as the arrow of time and the role the conscience mind plays in integrating, and creating reality. Much of the book is based on theoretical and mathematical conjectures – however, recent news may change all that. A team of UC Berkeley researchers published a study recently detailing a miniature invisibility cloak that can conceal objects using the principles of quantum mechanical - remember Harry Potter’s cloak?
Under the lead of Xiang Zhang, director of materials sciences at the Lawrence Berkeley National Laboratory and professor in the campus’s department of mechanical engineering, the team created the first model of the cloak six years ago. The previous design, however, presented limitations because it was made of a bulkier material and needed to have a fixed shape.
Based on a completely different design principle, the more recent experiment has been capable of concealing a particle that is microscopic in size, researchers said it may be able to cloak larger objects as soon as five years from now.
According to Zhang, there are many potential future applications of the technology. It could eliminate blind spots by making metal frames of cars transparent. Alternatively, the military may be able to use the technology to hide planes or tanks. Wrinkles and blemishes could be concealed with a design that would mold to the wearer’s features.
Posted by Jack Dikian online at 6:41 PM No comments: