Post of the day (and no postman in sight)

Today Australia Post floated the notion of a user-pays postal system. My only thought (for now) is to ask - what took them so long? Australia Post letter operations suffered a $218 million loss last year because; as it turns out we sent fewer letters than ever. I’d say more emails than ever though and that’s probably the rub.

The user-pays model means residents would pay an annual bill in addition to the stamp price.

In what may soon be one of those evolutionary dead-ends – that innate ability to recognize bills lurking behind those plan looking envelopes. Bad news, those school reports and the odd xmas card hiding a $20 note from a long forgotten relative will all seem nostalgic – from yet another golden age. Who doesn’t open those bills, toss the extra paper, and keep only the parts that are needed. We even open our spouse’s mail too. We wouldn’t want him (or her) to procrastinate now.

What about emails then? What keeps us glued to them…? Here are a few psychological reasons that keeps us interested.
We all have an innate desire to "pay back" other people for their actions. If someone gives you a gift, you feel the desire to return something in kind. The same hold true for emails. Reciprocity means that each email is an invitation to a social encounter.
We love Irregular rewards; it's how our brains know that it's making your body do the right things. And getting an email is a form of reward since emails are often a form of a social glue.
We are wired to value things that are closer in time more than things that are more distant. If we’re offered $10 today or $20 a year from now, we’re more likely to make the poor choice of taking the lesser money now. Similarly, we value email because it's fresh and new, even if it's not especially important or valuable.

Posted by Jack Dikian online at 3:44 AM No comments:

Today we learn about a super heavy element co-created by Australian researchers at a German laboratory. Temporarily known as element 117 after the number of protons in its nucleus. Only four atoms of the super heavy element were observed and given its rapid radioactive decay it disappeared within one tenth of a second. This was, however, enough to independently corroborate the element's first observation in 2010 (Physical Review Letters on 5 April 2010, "Synthesis of a new chemical element with atomic number Z=117”). 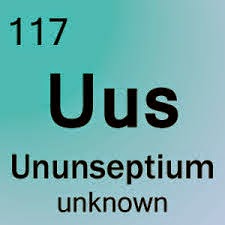 The minuscule size of the element created makes practical use unfeasible, focus will be placed on how the science behind the element's creation can lead to even heavier substances. The team, rightly suggest that the trick is to understand the quantum physics at play.

Learning of this news reminded me of Empedocles and Jung’s work. According to Empedocles, the Greek philosopher, scientist and healer who lived in Sicily in the fifth century B.C., all matter is comprised of four  "roots" or elements of earth, air, fire and water. The interaction of the four elements is influenced by the relationship between the two great life energies of Love and Strife. How’s that for an eternal insight in the human psyche.
Empedocles' philosophy was influenced not only by Pythagoras, but also by the ancient Greek mystery traditions, which included the Orphic mysteries and the underworld cults of Hades, Hecate, Demeter, Persephone and Dionysos. In his own thinking and writing, and in works and practices of the alchemists, Neoplatonists and Gnostics that further developed his theories, the four elements are not only material and spiritual forces, but also facets of a human being. Their varying combinations result in different personality types.
Now Jung, you might recall, contributed greatly to the theory of type. Jung found that different people think, feel, and experience the world in fundamentally different ways. His type theory has helped us understand how people function. He identified four fundamental psychological functions: thinking, feeling, sensation, and intuition. Each function may be experienced in an introverted or an extraverted fashion. Generally, one of the functions is more conscious, developed, and dominant. Jung called this the superior function.
Jung focused initially on the polarities of introversion (directing one's attention inward toward thoughts, feelings and awareness) and extroversion (directing one's energy outward toward people, actions and external objects), combining each polarity with predominances in thinking, feeling, sensing and intuiting, to develop eight basic personality types. The four personality variables of the Meyers-Briggs test (and its offshoots, the Keirsey test and the DDLI) also appear to be a further development of this psychological philosophy.

Posted by Jack Dikian online at 1:56 AM No comments: