To Infinity and beyond

I’ve had this statement on my mind for what seems an eternity – you know, like when we can't get a song out of our head. And sure it’s a classic Buzz line courtesy of toy story and itself a variation of "Beyond the infinite" as it appears as a title card in Kubrick's 2001: A Space Odyssey. It’s quite possible that Buzz is showing everyone that he can do the impossible and cross any asymptote, something that a curve approaches, as it heads towards infinity. 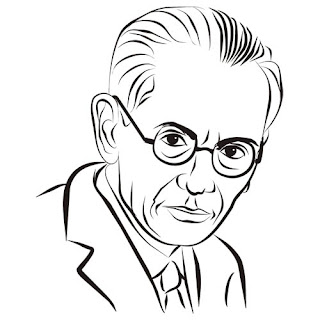 And, it’s that time of the year when one can get back into the business of writing, doing physics and thinking beyond the curbs and bliss of the daily grind. This means hard thinking; my hobby-horse, the nature of time. That illusion or a trick of mind that presents us with a persuasive, ever meandering, passage of time. Here I’m talking in the tradition of Plato, we find time, mathematics and all else on a higher plane that our mind sees into, by a process not unlike sense perception. And I suppose, the inter-play between time and space, the time-space manifold, Riemannian geometry is/was there for Einstein to see.

One of Gödel’s less well-known papers is a 1949 article called, “A Remark on the Relationship Between Relativity Theory and Idealistic Philosophy.” In this paper, Gödel attempts to show that the passage of time is indeed an illusion. The past, present and future of the universe are just different regions of a single vast space-time. Time is part of space-time, but space-time is a higher reality existing outside of time.

For many, including Gödel, mathematics, even the mathematics of the infinite, was an essentially empirical science. But when we begin to talk about infinite numbers that the trouble really begins. Cantor’s Continuum Problem is undecidable on the basis of our present-day theories of mathematics. For a Platonist like Gödel, this means only that we have not yet “looked” at the continuum in a hard enough way.
Posted by Jack Dikian online at 1:43 AM No comments: