Altezza mezza bellezza, as the Italians say—height is half of beauty.

Ours it seems is a culture that valorizes the tall and belittles, as it were, the short.  Being tall is also associated with career success: in fact it has been estimated that a person who is six feet tall is likely to earn around $166,000 more over the course of a 30-year career than someone who is five foot four. The taller you are, for instance, the more likely you are to go on to higher education. This is true even after controlling for cognitive ability, suggesting that some kind of subtle—indeed unconscious—bias may be operating among educators.

For males in particular, height seems to be linked to greater happiness and self-esteem. With psychological advantages stemming in part from the pervasive tendency to associate height with power. That tendency is embedded in our language: we look up to people we consider superior; those without influence are the little people. 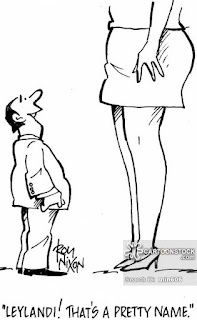 Evolutionarily speaking, one might argue that a tall man would be preferred by women because, if you follow the argument, he’ll be stronger and better able to ward off physical treats to his family. In the beast-eats-man world of primitive civilizations, this argument might have a rationale. However, unless taller equals stronger, faster, and smarter even in this scenario, height wouldn’t seem to offer any particularly unique advantage.

In an intriguing 2013 study, Dutch psychologists Gert Stulp, Abraham Buunk, and Thomas Pollet followed up on some of their earlier work on male height to find out more about what leads women to prefer those lanky guys. They were also curious to learn how and why people are satisfied with their own height.

Stulp and his colleagues sought to understand not only who prefers whom in terms of height, but also how people feel about their own height. The participants in this study were 650 first-year heterosexual psychology students who received course credit for completing the survey. They estimated their own height, and reported on their sex, ethnicity (most were Dutch or German), and reported on their sexual orientation. The rest of the questions, simply enough, asked them to report on their relationship status, the height of their partner, the satisfaction with their own height, and their satisfaction with the height of their partners.

The results on partner preferences are a bit discouraging if you’re a short man. In general, women were more likely than men to think that the man should be taller and they didn’t want to be in a relationship in which they were taller than their male partners. Men liked being taller than their partners, but they didn’t care about the height difference as much as women did.

As it turns out, people do tend to partner with people of similar height due to a phenomenon known as assortative mating.  However, no one seemed totally happy with their partner’s actual height. Men were most satisfied with women
Posted by Jack Dikian online at 5:13 AM No comments:

Office Politics: How to Thrive in a World of Lying, Backstabbing and Dirty Tricks

According to Wikipedia office politics is the use of power and social networking within an organization to achieve changes that benefit the organization or individuals within it.

The modern working world is a dangerous place, where game-playing, duplicity and sheer malevolence are rife. Do talent and hard work count for nothing? Is politics everything? Office Politics: How to Thrive in a World of Lying, Backstabbing and Dirty Tricks by Oliver James provides us with some answers.

The basic notion in this book is that as ever more of us work in complex white-collar environments, success at work depends ever more on office politics. Where blame can be spread and credit stolen, and the bonus pool depends on staying in the boss's good graces, you need to know how to hustle.

The traits that make for a successful hustler are not always attractive, James says. In fact, there's a "Dark Triad" of character types disproportionately represented in office environments: psychopaths, who have no conscience; machiavels, to whom others are but pieces on a chessboard; and narcissists, bursting with malignant self-love

This book teaches how to read the lie of the land; suck up without looking sucky; boast without looking boastful; network and scratch backs; cultivate a persona but don't cause yourself to have a nervous breakdown by cultivating one wildly unlike your own, and so on.

Of particular amusement is in the way he talks about fields of work and structures of reward that encourage the worst sort of politicking. It's good to read someone being scalding about tournament bonus schemes, "360-degree assessment", public‑sector outsourcing and neoliberal labour markets from the point of view of psychology rather than ideology or economics.

James is also sceptical of human resources gobbledygook. He quotes with approval, for instance, an unnamed HR veteran who assures him IQ testing is a waste of time: "The ancient statistical tests are of course fraudulent. As for interviews and personality tests, the whole idea of getting an individual to declare the unknown sources of their life motivation is daft beyond the reach of words."

Most triadic people are the way they are, apparently, because they were unloved as children.

James doesn’t show a  link between how well you do on tests of intelligence and how good you are at office politics. Being clever at exams and tests does not mean you will be clever at politics. As you have probably already observed in your working life, some apparently not very bright people do extremely well, while many people with great educational qualifications and high IQ scores, do quite badly.
Posted by Jack Dikian online at 4:35 AM 1 comment:

Bruce, Caitlyn and codified behaviors that society demands of people 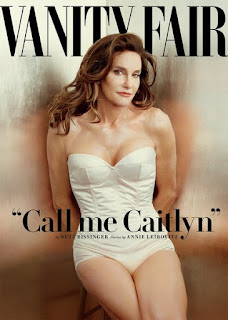 Not all people have always known or been conflicted with gender identity. it's a common misconception that all trans people have strongly felt that they belonged in the wrong body all their lives. For some, it's been the pressure of adult gender roles that has forced that realization; for others, transitioning is not a simple male-to-female or vice versa thing, but a shift to androgyny (combination of masculine and feminine characteristics), or to being a gender/genderless, or something else altogether.

Gender identity refers to a person’s internal sense of being male, female or something else; gender expression refers to the way a person communicates gender identity to others through behavior, clothing, hairstyles, voice or body characteristics.

So after the hormones, cosmetic surgery and perhaps finally surgical reassignment surgery comes what might be years of psychological introspection. Gender is the non-obvious part of sex. The sex we can see is the shape and construction of the body, but there is a neurological component too. Although we may recognize that our mind is a given gender, and we may have many expressions of that internal, mental sex, that are obvious to our self and others, we must understand that we have missed out on years and years of social conditioning.

The natural behaviors of gender are exaggerated by society. Little masculine or feminine behavior traits that we are born with and express naturally have been developed into a complicated performance over centuries of social development. Sometimes these behaviors can be so exaggerated that they are unrecognizable as natural traits. In order to be accepted as our chosen sex and gender, we’ll need to learn some of these affectations, in order to fit into society. However, we don’t need to learn all of them, or use most of them, if we do not want to. It is important to use only as much of social gender performance as we need to gain the level of acceptance we desire.

Therefore, transition is not only physical, it is also learning the rules and codified behaviors that society demands of people too. The value of this is passing, the act of being accepted without question, and in general, passing is survival.

Posted by Jack Dikian online at 11:48 PM No comments:

Holding cynical beliefs may be costly

Holding cynical beliefs about others may have a negative effect on your income according to research published by the American Psychological Association. 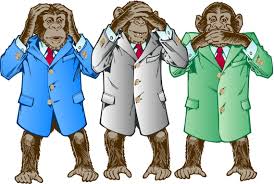 Journal of Personality and Social Psychology is running an article, which presents the findings of research establishing an association between cynicism and individual economic success. We know other research has associated cynicism with detrimental outcomes across a wide range of spheres of life, including physical health, psychological well being and marital adjustment.

The research outlines a series of studies using survey data from the United States and Europe. The first two studies looked at cynicism in national surveys of Americans and income level at a later date. In both studies, a high level of cynicism was associated with lower income.

Another study in Germany found that after nine years people with low levels of cynicism earned on average $300 per month more than their more cynical counterparts.

The final study examined the potential universality of these findings, looking at survey data from 41 countries to see if societal factors could play a role. The negative association between cynicism and lower income was strongest in countries with higher levels of altruistic behavior, lower homicide rates and lower levels of overall societal cynicism.

Interestingly, there are some countries where cynicism might be justified or even somewhat functional. In these countries, cynical individuals do not necessarily earn less than their less cynical compatriots. It’s possible that cynical individuals are less likely to trust others and therefore forgo cooperation opportunities.
Posted by Jack Dikian online at 12:10 AM No comments: