Losing time in Samoa, In fact a whole 24 hours

Imagine going to bed on Thursday night, sleeping the usual 7 or 8 hours and waking up on Saturday morning. That’s exactly what will happen to the almost 200,000 people of Samoa. What’s more, how about one day being the last (in the world) to see the sun set and then, over night, becoming the first to see sunrise each day.

I’m not talking about dissociation or dissociative disorders associated with say, PTSD, BPD and/or other psychiatric conditions.

This is because Samoa has finalized its time-zone shift by skipping the entire day of Friday in a bid to move into line with Australia and New Zealand. The switch will make Samoa one hour ahead of Wellington and three ahead of Sydney. Giving it’s people a greater opportunity to conduct business with Australia and NZ.

Posted by Jack Dikian online at 10:45 PM No comments:

A Pathway to Obsessive Compulsive Disorders 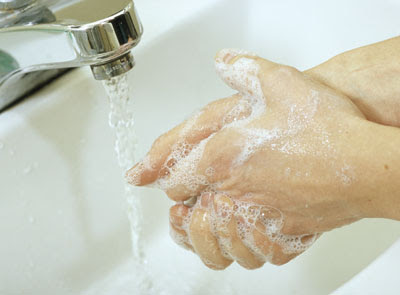 A study by Professor Reuven Dar of Tel Aviv University's Department of Psychology appearing in the Journal of Behavior Therapy and Experimental Psychiatry, suggests that when children experience heightened levels of sensitivity, they develop ritualistic behaviors to better cope with their environment they live in. In the long term, this is one potential pathway to obsessive compulsive disorders (OCD).

According to Dar, hypersensitivity and excessive adherence to childhood rituals may foreshadow the onset of OCD as the child ages. His studies indicated a strong connection between compulsive tendencies and hypersensitivity. In children, hypersensitivity was an indicator of ritualism, whereas in adults it was related to OCD symptoms. He suggests that these findings provide preliminary support for the idea that such sensitivities are a precursor to OCD symptoms.

For example, when children are extremely sensitive to certain types of sensory stimuli, they can feel that they are being attacked, or that some aspects of their environment is seen as a source of threat. Ritualism could develop as a defense mechanism, helping these children to regain a sense of control, which is also a symptom of adults with OCD.

Posted by Jack Dikian online at 11:02 PM No comments:

Feeling good about our country leads to happiness

"Ethnic" nationalism is typically expressed in racial or religious terms while "Civic" nationalism is more inclusive, requiring only respect for a country's institutions and laws for belonging, and in theory open to minorities or and immigrants.

The researchers analyzed the responses to four key questions by 40,677 individuals from 31 countries, drawn from the 2008 wave of the cross-national European Values Study.

Reeskens and Wright report that national pride correlated with greater personal well-being. But the civic nationalists were on the whole happier, and even the proudest ethnic nationalists' well-being barely surpassed that of people with the lowest level of civic pride.

Posted by Jack Dikian online at 12:17 AM No comments:

A Weird Test You Can Try 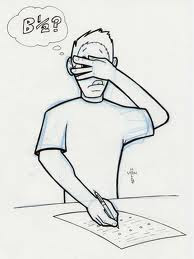 This is really weird – try it for yourself…

I know! Calculations are hard work, but it's nearly over. . .

QUICK! THINK ABOUT A COLOR AND A TOOL!

Scroll further to the bottom...

You just thought about a red hammer , didn't you?

This is really weird…this is the 98% Red- Hammer test

Doing the arithmetic is a distraction and helps you get into the test mood.

By putting the two together you get a large proportion of people thinking "red hammer". The test is designed to portray a certain “weirdness” inferring that the test "knows" you were going to say "red hammer".

The purpose of having you do the additions as you scroll down the page is to put you into concentration on something else, so that your answers to the questions actually do come from out of the blue.

Posted by Jack Dikian online at 11:13 PM No comments: