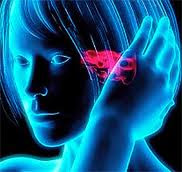 Tinnitus is a medical condition with patients complaining of a perceived ringing, buzzing, swishing or other type of noise that seems to originate in the ear or head. In many cases it is not a serious problem, but rather a nuisance that eventually resolves. Tinnitus is common, however, few risk factors for tinnitus are known. Up to 50 million US adults reported having any tinnitus, and 16 million US adults reported having frequent tinnitus in a period of a year.

Up to 10 per cent of adults are thought to have it to some extent, according to the British Tinnitus Association, although most only mildly.

The prevalence of frequent tinnitus increases with increasing age, peaking at 14.3% between 60 and 69 years of age. Some report that when they are focusing on tasks, conversations or where there is adequate background noise they experience some relief of the symptoms. Many sufferers however never experience pure silence, and struggle with asleep.

Recently a new therapy, Acoustic Coordinated Reset published in the journal Restorative Neurology and Neuroscience has shown that it reduces the loudness and annoyance caused by tinnitus in seven out of 10 patients and being made available to British patients, albeit, at a price of about a £4,500.

It’s been found that playing sufferers the same tone which they "hear" in their mind stops auditory brain cells from creating the perceived noise. It is said that the brain manages to "unlearn" the neurological processes which cause it to generate the "phantom" sounds.