The Human Genome Project was completed in 2003 with objectives including:

·         Identifying all the genes in human DNA,
·         Determining the sequences of the 3 billion chemical base pairs that make up human DNA,
·         Help transfer related technologies to the private sector, and
·         Address ethical, legal, and social issues that may arise from the project. 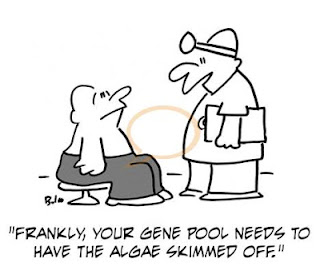 Hardly a decade has past and the world's biggest private genomics company, 23andMe, has already provided DNA analysis to some 180,000 clients. The company, co-founded by Anne Wojcicki, the wife of the Google entrepreneur Sergey Brin, plans to reach 1 million clients by the end of this year.

That number of customers is expected to soar after the Californian company - which takes its name from the 23 pairs of chromosomes in a normal human cell - cut the cost of a testing kit to $US99 last month. To take a test, an individual needs to fill a test tube with their saliva (or swabs of the inside of their cheek) then send the sample for analysis.

And, perhaps as expected, the boom in business and interest in genomes and genetics has led to controversy about the commercial use of one the most crucial medical breakthroughs of recent years.

Proponents say that for relatively little cost, individuals can learn key elements of their genetic composition and take treatment, or protect their children from hereditary health risks.

Critics, including doctors, bioethicists and geneticists, are concerned people will be overloaded with information that is difficult for them to interpret, and that the test will raise unnecessary health fears or false reassurances, lead to unneeded procedures, or cause stress about conditions that cannot be cured.

Recent focus group findings and professional surveys illustrate the diverging opinions about how to use these new weapons. Almost all the parents surveyed said they wanted to be informed of every risk of disease for their children, even if the condition was untreatable. Most doctors, geneticists and bioethicists believe that only information that could lead to action should be shared.

One lady, for example, took the test to determine the cause of some minor health problems but it illustrated another side effect: the exposure of secrets that can tear families apart. She learnt she was at risk of breast cancer but also that the man she had called ''dad'' for 50 years was not her father.