The illusion of reality

The solidity of the world seems totally indisputable. As a fixed thing that you can see and touch, your body is also reassuring the solid.  But beginning with Einstein, modern physics have assured us that this solidity is a mirage. Quantum physics tells us that reality is far beyond human perception and intuition. In other words, our rational mind and common sense are just not capable of understanding the true nature of reality. And, therefore why particles can experience the full weirdness of quantum mechanics, whereas we evidently cannot. "In short, how does the well-behaved, everyday classical world emerge from the schizophrenic quantum realm.

The great Richard Feynman once said that all of Quantm physics can be understood through the double-slit experiment. For the last few weeks I have watched and re-watched the 1979 Douglas Robb Memorial Lectures with Feynman discussing photons – Corpuscles of light.

Trying to make sense of single-photon behaviour in relation to reflection of multi surfaces. A topic, it seems infinitely more subtle then the high-school treatment of Newtonian optics.  So when one starts to think they are coming to terms with the counter-intuitive nature of light, photons behave even more strangely when pushed through a double-slit experiment. 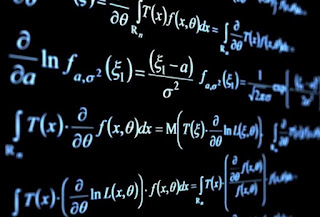 So photons (particles for that matter) do not have a particular location and velocity; they merely have probabilities of location and velocity meaning a particle is all the possible futures it can have Viz-a-viz the Copenhagen interpretation suggesting that quantum mechanics does not yield a description of an objective reality but deals only with probabilities of observing, or measuring, various aspects of energy quanta.

So all but one of these futures collapses when it is observed. Meanwhile, these futures of the same particle can interfere with each other. Quantum probability is not a mere description of where a particle could be found and could be going, a mere mathematical abstraction, it is an actual property.

The photon in the experiment is all the possible paths it can take, some through one slit, some through the other, and it is interfering with itself. For each photon, measuring devices record one possible outcome of this self-interference.

Then comes the quantum eraser, proposed by Scully and Drühl in 1982. Given the basic principle of complementarity (for each degree of freedom, the dynamical variables are a pair of complementary observables) the precise knowledge of one implies complete unpredictability of the other.

For example, precise knowledge of a particle position implies complete unpredictability of its momentum. Because it’s generally assumed that the mechanism responsible for the loss of the interference pattern is the uncertainty principle, the “which-way” information of the particles is found without disturbing their wave-function.

The reason of the interference loss is the quantum information contained in the measuring apparatus, by means of the entanglement correlations between the particles and the path detectors. The experiment shows that if such quantum information is afterwards erased from the system, then the interference reappears (which would be impossible in the case of a perturbation).

Posted by Jack Dikian online at 1:50 AM