We’ve known for quite a while that depressed people appear to have a more realistic perception of their importance, reputation, locus of control, and abilities than those who are not depressed. In fact this depressive realism was something the French philosopher Voltaire dealt with as early as 1759 in his novel Candide: Or, Optimism. 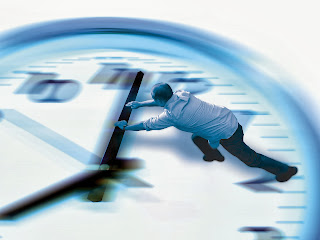 New research led by the University of Hertfordshire shows that depressed people are more accurate when it comes to time estimation than their happier peers.

It’s said that the findings may help to shed light on how people with depression can be treated. People with depression are often encouraged to check themselves against reality, but maybe this timing skill can help in the treatment of mildly-depressed people. These findings may also link to successful mindfulness based treatments for depression which focus on encouraging present moment awareness.
Posted by Jack Dikian online at 2:47 AM