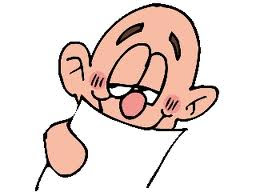 For the next 10 days I thought I’d share what New Scientist published back in 2009 examining the eccentricities of humans, what impact these have in overall survival value and evolutionary rationale.

Blushing is the involuntary reddening of people’s face and neck due to embarrassment or emotional stress. It is thought that blushing is the result of an overactive sympathetic nervous system. Why would we evolve a response that lets others know that we are embarrassed or stressed.

Posted by Jack Dikian online at 12:52 AM