The Case of Multiple Personalities 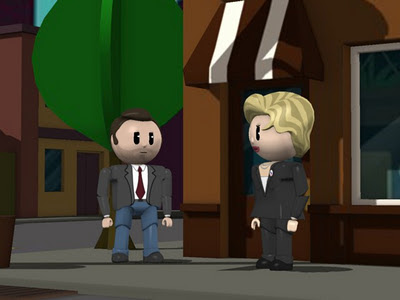 Famed psychiatric story of "Sybil" seen as a fraud

The ABC’s 7.30 Report ran a story covering the psychiatric story of "Sybil" a pseudonym for Shirley Ardell Mason. As the story goes, in the 1973 book - Sybil is treated for Dissociative Identity Disorder (then referred to as Multiple Personality Disorder) by her psychoanalyst, Cornelia B. Wilbur.

The book sold millions of copies (in fact 6M copies in the first few years) was the basis for two movies, and perhaps more importantly establishing the template for the later upsurge in the diagnoses of dissociative identity disorders.

According to Debbie Nathan, an investigative journalist and author of the 2011 Sybil Exposed, New York: Free Press. ISBN 10:143916827X Wilbur and Mason perpetuated a fraud, documenting a 1958 letter by Mason confessing to making up the multiples for attention and excitement.

Nathan cites that prior to the publication of the book there were only around 80 cases of anything resembling multiple personality disorder. Thousands of cases were documented after the publication. Using records unsealed at New York’s John Jay College of Criminal Justice, including treatment notes Nathan pieces together what she considers a more accurate representation of clinical presentation and treatment. Simply put, the use of the barbiturate sodium thiopental (a general anesthetic and sometimes known as a Truth Serum which was later found to produce false memories) with suggestive statements and leading questions designed to diminish a patients unwillingness to express memories or feelings.

Others who have reviewed available case notes have concluded that Wilbur suggested multiple personalities to her client, whom they saw as a simple "hysteric". They also claimed that Wilbur and Schreiber fabricated most of the book, which is not a psychiatric case history but a novel with many details of the real case changed or removed.

The American Psychological Association recommends that Shirley Mason's case should no longer be cited as a 'classic example' of multiple personality disorder.

oday, Dissociative Identity Disorder is diagnosed significantly more frequently in North America than in the rest of the world and there continues to be controversy surrounding the topic. Dissociative identity disorder is less common than other dissociative disorders, occurring in approximately 1% of dissociative cases.

Posted by Jack Dikian online at 3:24 AM