The paradox of voting

I’m no political commentator, not even a columnist. This isn’t yet another piece pretending to make meaning of prevailing political winds. Instead, I wanted to weigh-in on something more paradoxical than even our continued, albeit weary, belief in the goodness of our political system - compulsory voting. After all, we are only one of a small number of countries (22) that have us turn-up to vote. Other nations in this small but noteworthy club include; The Congo, Costa Rica, Ecuador, Honduras Uruguay, you get the picture. But does compulsory voting really lead to a fairer more democratic system? This is a particularly pertinent question when election results are extremely tight. 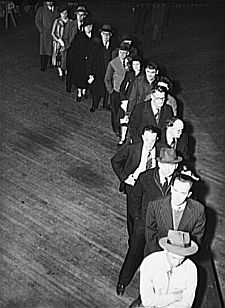 As far back as the late 18th century, French philosopher, mathematician, and early political scientist Marquis de Condorcet described what is known as the paradox of voting. Marquis de Condorcet noted that collective preferences for a cause, an ideology, a political party can be cyclic rather than transitive despite the achievements of the incumbent. This is so even when the preferences of individual voters are not cyclic. The conundrum arises because it means that majority wishes can be in conflict with each other. This occurs because the conflicting majorities are each made up of different, albeit large groups of individuals polarised in a political faith, however lacking real and practical ability to govern in their own right.

If we fast track to the mid-1970s the American economist Anthony Downs posited the paradox of voting; here the closeness of an election result coupled with voter self-interest can explain significant elements of political life.  Downs showed that in democracies the aggregate distribution of political opinion forces political parties in democracies to adopt more centrist positions. Note Malcolm Turnbull’s immediate attraction of less conservative voters.

Downs’ paradox of voting is that for a balanced, self-interested voter, the costs of voting will normally exceed the expected benefits. However, because the chance of exercising the pivotal vote is minuscule compared to the anticipated benefits of the different possible outcomes, the expected benefits of voting are less than the costs. Again, this paradox is acutely germane to elections like the one we just had – ones where a small number of votes tips the scale one way or the other. Suffice to say, the fact that people vote at all is a problem for those juggling good economics management and political longevity – read the self-interested politician.
Posted by Jack Dikian online at 9:35 PM