I would be the last person to link one-night stands with new research (Brown University) indicating that only half of our brain getting a good night's rest. More seriously, it turns out that our left brain seems to be more awake than the right side when we sleep in unfamiliar surroundings. 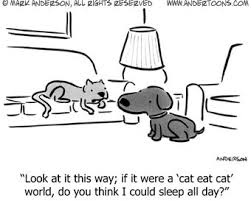 The finding, reported Thursday in the journal Current Biology, helps explain why people tend to feel tired after sleeping in a new place. And it suggests people have something in common with birds and sea mammals, which frequently put half their brain to sleep while the other half remains on guard.
Sleep researchers discovered the "first-night effect" decades ago, when they began studying people in sleep labs. The first night in a lab, a person's sleep is usually so bad that researchers simply toss out any data they collect.

The team measured something called slow-wave activity, which appears during deep sleep. And they found that during a student's first night in the lab, slow wave activity was greater in certain areas of the right hemisphere than in the corresponding areas of the left hemisphere. After the first night, though, the difference went away.

It’s possible that this is a survival trait - when we're sleeping in a new environment and we don't know how many predators are around. It would make sense to keep half the brain more alert and more responsive to bumps in the night.

The research is indicating that this brain response is involuntary and there's nothing people can do to prevent it.