Birthdays – even better than Christmas when we’re young, wet behind the ears and knee high to creepy crawlers. We get to celebrate our existence, noting annually the exact day we were born into this world and the glorious journey called Life. 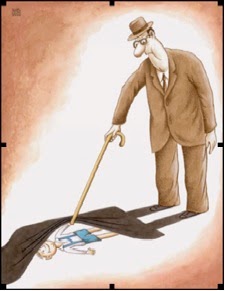 But birthdays mark the passage of time and as we grow older they seem to keep coming at an alarmingly rapid rate. Growing older certainly beats the alternative. I’m very happy that I’m alive when so many of my dear ones no longer are. None of us expected they would die so young and I never imagined being this old back in more naïve, crisp days of yesteryear. How can we possibly know? But I think each of us has an imagined age we would reach when we would be “old” and a vision of some time, many many years away, when we would die…if we can imagine such an event.
For years, a close friend insists that we don’t age. That is, our personality doesn’t age. I think I know what she is saying. She recalls traits and patterns of thought that have formed her very being.
Contemporary psychology argues that personality is defined as a set of traits that follow the individual throughout the life course. Personality is made of five traits that dispose an individual to particular thoughts, feelings, and behaviors. These traits are: (a) neuroticism, (b) extroversion, (c) openness to experience, (d) agreeableness, and (e) conscientiousness.
The Baltimore Longitudinal Study on Aging is regarded as the most definitive study of personality traits. Paul Costa and Robert McCrae tested the personalities of individuals between 19 to 80 years old for over twelve years and specifically measured their levels of neuroticism, extroversion, openness to experience, agreeableness, and conscientiousness. Costa and McCrae concluded that these five personality traits remained relatively stable with age.  Furthermore, trait stability especially characterized individuals after the age of 30.


Given the general conclusion that personality traits remain stable after age 30, Costa and McCrae would argue that if a 30 year old woman worried excessively about whether or not her husband's salary was enough to make mortgage payments, then she also is likely to be worried about having saved enough for her children's college tuition when she is 45 and is likely to be worried about the adequacy of her husband's pension income at age 70. Since Costa and McCrae suggest that personality traits remain stable through adulthood a high degree of neuroticism, as reflected by a consistent and excessive level of anxiety and worry, is likely to persist and find new focal points over time.