Gender bias when using the internet

Some years ago the Pew Research Center published findings of a wide-ranging look at the way American women and men use the Internet.  At the time they suggested that men pursued many internet activities, more intensively than women, and that men were the first to try the latest technologies. 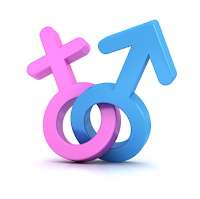 An interesting insight from that work reveled that women were framing their online experience with a greater emphasis on deepening connections with people.

Now, according to Medical New Today (MNT) Psychologists from the Department of Psychology at the University of Bath, England, have discovered that the difference between how men and women use the Internet has become even more significant in the last 10 years.

While surfing the Internet, men were more likely to visit entertainment, games and music websites. Women, on the other hand, were more apt to check out social networking sites.

After the introduction of Facebook, Twitter, and MySpace, women started to focus most of their time surfing on these types of sites. While some men are still interested in social networking online, women spent considerably more time on these sites than men.

Posted by Jack Dikian online at 12:44 AM