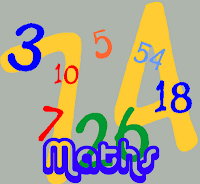 The University of Queensland study found children understood the concept of numbers and counting by the time they were 18 months old, at least six months earlier than previously thought.

Child development and milestone attainment has attracted significant research and the topic of a number of underlying models. More recent theories outline the developmental stages of children and identify the typical ages at which these growth milestones occur.

Freud's theory of psychosexual development is one of the best known, but also one of the most controversial. Freud believed that personality develops through a series of childhood stages during which the pleasure-seeking energies of the id become focused on certain erogenous areas.

The theory, put simply, psychosexual stages are either completed successfully, resulting in a healthy personality or if certain issues are not resolved at the appropriate stage, fixation can occur. A fixation is a persistent focus on an earlier psychosexual stage and until this conflict is resolved, the individual will remain "stuck" in this stage.

Piaget suggested that children learn actively through the play and developed stages of development. Piaget proposed the sensorimotor stage (birth to about age of 2)  during which, the child learns about herself and his environment through motor and reflex actions. Thought derives from sensation and movement. The child learns that she is separate from her environment and that aspects of the environment — parents or favorite toys, objects — continue to exist even though they may be outside the reach of her senses.

His work on children’s quantitative development provided mathematics educators with crucial insights into how children learn mathematical concepts and ideas. Piaget provided tactual representations of mathematical concepts such as conservation of quantities, one-one correspondence, ordination, cardination, classification, and additive and multiplicative composition of numbers. Here he isn’t testing the child's ability to solve math problems, but her ability to solve spatial relationships that are a precursor to true understanding of mathematical operations.

The University of Queensland study found children understood the concept of numbers and counting by the time they were 18 months old, at least six months earlier than previously thought. The researchers showed simple videos of correct counting and incorrect counting to toddlers aged 15 months and toddlers aged 18 months, monitored their reactions and recorded the length of time the children watched each scenario.

The experiment showed that by the time children were 18 months old, they paid more attention to the correct counting video as opposed to the incorrect one.

Posted by Jack Dikian online at 2:59 AM