The body farm - why we scream

I saw a re-run of Stephen Fry in America this afternoon where he visits the Anthropology Research Facility, better known as the Body Farm in Tennesee. The Body Farm is basically an outdoor forensics lab that studies the decomposition of bodies, in order to make more accurate time-of-death estimations. The first thing I thought was how bizarre. But more importantly I found myself asking why do people scream when they see a dead body? 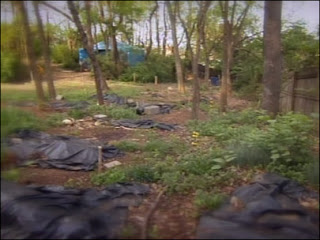 But first, for those who haven’t heard about this research effort, the story goes something like this. It began with a mistake: Bill Bass, Professor of forensic anthropology at the University of Tennessee gets a corpse's time of death wrong by more than a century.   Bass explains that the body was that of a man killed in the Battle of Nashville in 1864, during the Civil War.

Apparently the body was so well persevered that there was still pink tissue on the femur. This was an example of a growing problem when helping the state police investigates bodies. He took his ideas to the university, and was given land where he could study corpses.

Coming back to the question of why people scream when they see a dead body. Seeing a dead body, particularly that of a recent death rather than skeletal probably makes the psychological state of an individual recognize a "life or death" scenario, which results in an increase in impulse and state of alarm.

The scream may be a leftover from more primitive times. It’s possible that the scream is a mechanism, an aid in the survival of the tribe when the likelihood of risk and danger is determined to be high due to some circumstance, a body. I.e, the scream could very well be for warning others in the tribe – the same others who share the same genes whom will later propagate.

Posted by Jack Dikian online at 1:25 AM