Yawning may cool the brain 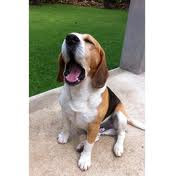 Yawning may be more than a marker for boredom or fatigue; it may be a way of cooling the brain. A study by researchers at Princeton University and the University of Arizona report in the journal Frontiers in Evolutionary Neuroscience that yawning frequency varies with the season. People are less likely to yawn when the heat outdoors exceeds body temperature - indicating that yawning could serve as a method for regulating brain temperature.

They found that participants in the study were more likely to yawn in the winter, as opposed to the summer when ambient temperatures were equal to or exceeding body temperature. The researchers concluded that warmer temperatures provide no relief for overheated brains, which, according to the thermoregulatory theory of yawning, stay cool via a heat exchange with the air drawn in during a yawn.

Posted by Jack Dikian online at 2:31 AM