Our understanding of the world shapes how we live

The British philosopher Bertrand Russell believed that the way we understand our world fundamentally shapes the way that we live our lives. Our pre-Copernican view of the universe, for example, placed us mortals at the centre of the universe and perhaps explained [understandably] the egocentric worldview of the era. 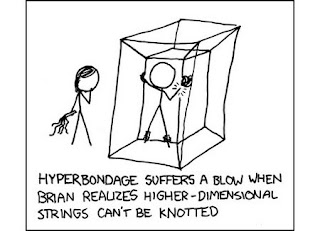 But Copernicus was a 16th century Astronomer and our understanding of the universe has evolved somewhat over the enduring years. We now think that String Theory offers a complete, unified and consistent description of the fundamental structure of our universe - a theory of everything.

The essential idea being that all fundamental particles (in particle physics, a fundamental particle is a particle not known to have any substructure) are really just different manifestations of one basic object: a string. So where is in an older image of an electron, say as a point with no internal structure; it can now be seen as a tiny loop of string that can oscillate in different ways.

However, and amazingly we need to go back in time to 570 BC and read Pythagoras. He actively promoted a way of living that he felt could put a person into harmony with a universe that he too believed was vibrating and harmonic. This vibrating and harmonic universe that Pythagoras described in a cosmogony that has come to be known as "The Music of the Spheres" wherein the entire universe was vibrating like a huge musical instrument.

Pythagoras believed that this fundamental level of reality couldn't be seen by the human eye but was accessible to the human mind and intelligible to the human intellect via the transcendent principles of mathematics. However, once a person was “tuned and in vibrational alignment”, they could then self-actualize and become fully engaged human beings. The mystic Pythagoras even believed that such a well-tuned person could raise their level of consciousness and awareness and thus be able to "peek behind the veil" and experience what some have called "ultimate reality".

Posted by Jack Dikian online at 3:19 AM