A study by a Melbourne University and a former Australian National University economist, suggests that men whose looks are rated as above average earn 22 per cent more than men whose looks are below average. So the "plainness penalty" is more important than the "beauty premium". It turns out that for women the effect is smaller and harder to measure. 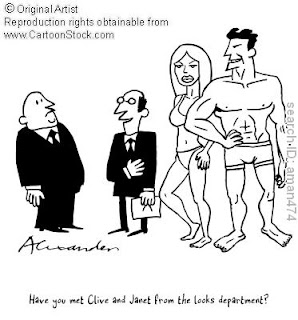 Whilst the findings about men remained constant in two surveys in 1984 and again in 2009 the findings for women changed, with looks now more important than in the past when it came to securing a job and getting married.

The authors put forward "It's probably that the labour market for women is a whole lot different than a quarter of a century ago," and "Nothing much has changed for men but with many more women being employed there's more opportunity for 'lookism' to matter.

And, perhaps wisely, “I am not confident enough to speak about why looks are mattering more for women in the marriage market."