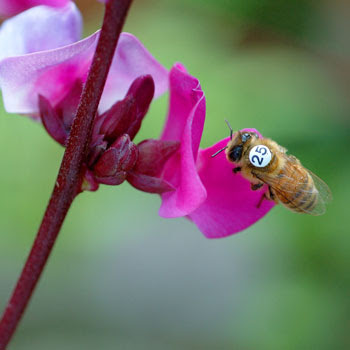 Significant similarities have been previously found between personality structures and mechanisms across species in at least two broad traits, namely extraversion and neuroticism.

The cross-species similarities between the most broad personality dimensions like Extraversion and Neuroticism as well as other Big Five factors reflect conservative evolution: constrains on evolution imposed by physiological, genetic and cognitive mechanisms.

According to researchers from the Institute for Genomic Biology at the University of Illinois at Champaign-Urbana and published online in Science (follow link below) in March 2012 some bees, like some humans, seem to be programmed to seek out new experiences, or novelty. So, they might have individual personality differences similar to our own.

For example, while forager bees are in charge of gathering food outside of the hive, not all of these bees, it seems, are inclined to strike out and go exploring for new flowers. Only about 5-25% actively scout out new pollen sources. The others foragers simply follow these adventurers’ bee dances to find the food.