12 cases of Tourette-like symptoms appear at a school 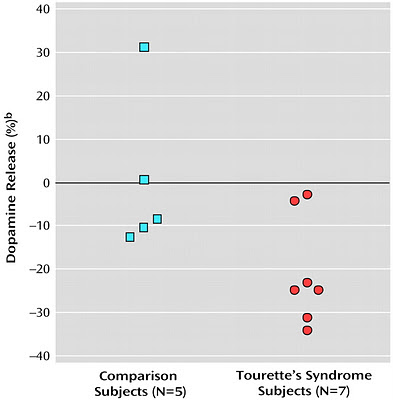 Tourette syndrome is usually an inherited neuropsychiatric disorder with onset in childhood, and characterized by multiple physical motor and vocal tics. As we know these tics characteristically wax and wane, can be suppressed temporarily, and are preceded by a premonitory urge. Tourette's syndrome afflicts three out of every 1000 children between 6 and 17 in the United States.

We heard this week that in LEROY, N.Y, 12 high school girls have developed involuntary tics and other symptoms (likened to conversion disorder). Doctor report that at least 10 of the girls are suffering from a psychological condition usually brought on by stress or a frightening condition.

Environmental factors, latent side-effects from drugs or vaccines like Guardasil, trauma or genetic factors have been ruled out. One practitioner suggested that groups of cases, such as this, often start with one individual – and it's possible that one of those girls has a condition like Tourette's and her tics were subconsciously picked up by other girls.