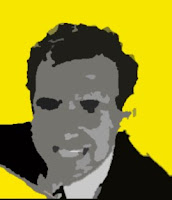 It seems, according to British and German researchers* people vicariously experience embarrassment when observing others' public pratfalls or etiquette violations. Or more simply, the region of the brain that we use to process pain is the same as the one used when we cringe at other people’s embarrassing actions - the anterior cingulate cortex and the left anterior insula.

Writing in the journal PLoS ONE, the researchers say watching other people’s embarrassing mishaps triggered the brain regions more usually associated with processing physical pain. It appears we are feeling their ‘social pain’ for them – or empathizing with their misfortune.

One of the researchers said: ‘Worldwide, millions of people gather in groups to watch TV shows such as Pop Idol and America’s Next Top Model and collectively enjoy witnessing plights or mishaps happening to the candidates and perceive “vicarious embarrassment” or “embarrassment by proxy”.

‘The appeal of observing others’ plights exploited via television or internet seems to be present regardless of whether the person in focus realizes the mishap or not.

They go on to write that the activity in the anterior cingulate cortex and the left anterior insula positively correlated with individual differences in trait empathy and that the findings establish the empathic process as a fundamental prerequisite for vicarious embarrassment experiences, thus connecting affect and cognition to interpersonal processes.

Apparently the reaction in the brain was more intense for the subjects who described themselves as very empathetic. Also, that the finding suggests there are two forms of empathy. When we see someone who knows they've behaved inappropriately, we co-experience their feelings. If the person doesn't realize what they've done, we react to our evaluation of the situation.

Posted by Jack Dikian online at 3:37 AM